When faced with a bet-the-farm crisis, sometimes the best advice is also the hardest to follow: Just stop talking.

The recent dethroning of the now-fired Augustin Arbulu is a case in point. In early August, an inquiry showed the former director of the Michigan Civil Rights Commission had created a ‘hostile work environment’ with derogatory remarks made about women and an employee who is gay. Unable to fire him, Gov. Whitmer publicly questioned why he was still on the job.

Arbulu accepted an opportunity to interview with Michigan Radio in a conversation that, at my most polite, I would call cringeworthy. If you missed it, you can listen to it here.

In his rambling three-minute interview, it’s clear he was entirely unprepared. He seemed surprised by the reporter’s questions and stumbled with his answers. Not only did he contradict himself, he blamed the governor. He talked in circles and twice failed to answer the most basic of questions: Why do you think you deserve to keep your job?

In relatively short order, Arbulu went from the top civil rights advocate in our state to “embattled” and then to “fired.” He was out of a job in under a month.

Arbulu’s decision to defend himself was natural. We all have that instinct. But cooler heads in his organization should either have prepared him better for the interview or told him, simply, take a breath and just stop talking. 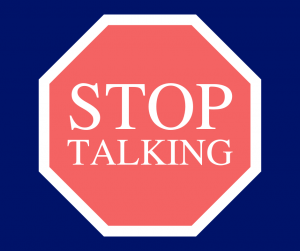 By their nature, crises are show-stopping, people-stopping, reputation-defining events that have a tendency to create victims. Like a roller coaster, crisis situations have a momentum all their own – they build, some quickly and some slower, until you get to the top of that first hill – and then hang on. Momentum takes over and, like it or not, you are along for the ride.

Confronted with a crisis, whether allegations like the above or a search warrant, whistleblower, lawsuit or some other garden-variety hair-on-fire issue, avoid that first knee-jerk reaction. Don’t use a flamethrower to issue a denial. Don’t take to Twitter, Facebook or YouTube to defend yourself. And please, please, please, don’t accept a media interview, especially not if a reporter lands, unannounced, on your doorstep.

Instead, gather your expert advisors around you – think decision makers within your organizations and external allies, including your attorney, accounting, communications, insurance, security, forensics and whatever other subject matter experts the situation demands. Together, gather the facts. Recognize you won’t have all the facts at your fingertips initially, as one of my favorite attorneys is fond of saying, even if you think you do.

Prioritize your stakeholders, starting with those closest to you – board members, employees, shareholders, customers and volunteers – and move further out to those of decreasing importance. Review what’s at stake and, collectively, decide on your end game and create a strategy that will move you in that direction.

In other words, just stop talking.

This does not mean you can’t or shouldn’t defend yourself. Rally your internal troops and let them know what’s going on and how they can support. Rely on your external friends and provide details on how they, too, can assist. Lean on your mission, vision and values as an organization and find concrete examples that underscore the truth in your position. Use social media to your advantage, but beware the inherent nature of the beasts that Facebook and Twitter can be.

Sometimes, even the best-laid plans of mice and PR counselors can’t stop the speeding train of a wounded ego. We dealt with a client situation earlier this month where all internal and external members of the crisis team agreed on the strategy – except for the founder of the company. Despite the best efforts of a second lieutenant trying to rein him in, he insisted on talking with the media to plead his case, clear his name and preserve his legacy.

Did it work? No. Did it improve his organization’s situation? Definitely not. Did it make him feel better? At the end of the day, was probably not worth the cost.

What should he have done instead? Follow the simple but sage advice of his senior leadership team, his attorney and his communications counselor: Just stop talking.

Mr. Arbulu may have weathered the storm he created with insensitive comments and retained his job by following those three simple words. But after that Michigan Radio interview, his fate was pretty much sealed.