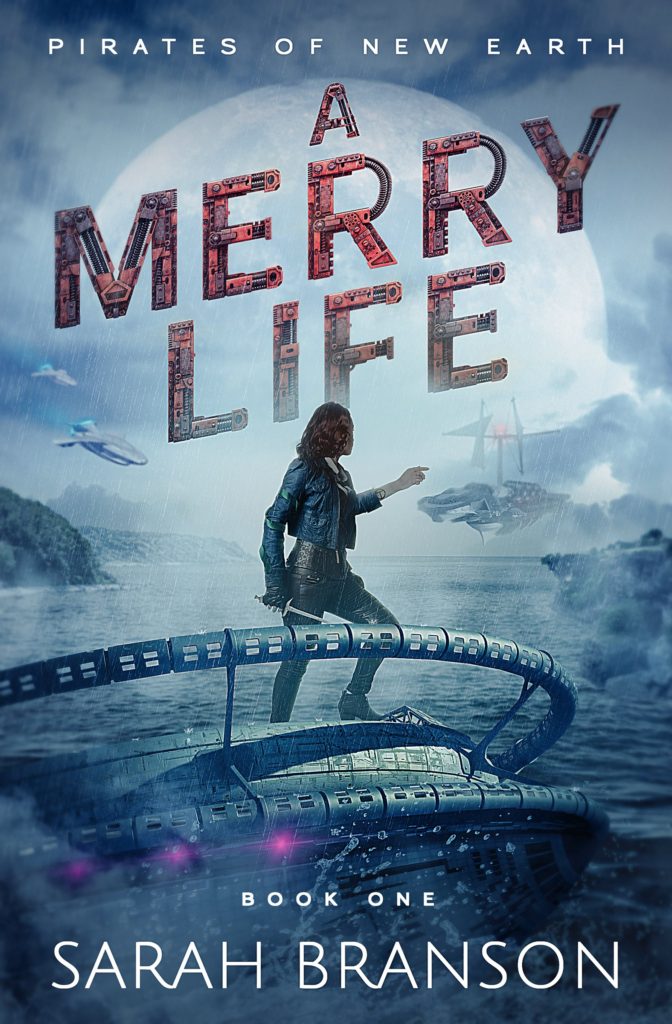 The 6:30 p.m. reading and book signing is among the first live events at Schuler Books, an independent book store celebrating its 40th anniversary this year. The event, which will be held at 2660 28th Street SE, is free and open to the public.

“Independent bookstores are the heart and soul of a community, and Schuler’s meant so much to my family when we lived in Central Michigan,” Branson said. “I am excited and honored to return to Schuler Books as an author.”

“A Merry Life” takes readers to the 24th century New Earth, where new nations have arisen to replace those that died with Old Earth, which was plagued by floods, fires and pandemics that changed the planet and decimated its human population. While a sense of optimism and opportunity exists for man, the poor and weak still struggle to exist, subjected to the whims of the rich and strong.

Kat Wallace is one of the have-nots of New Earth – and she is a mission. After escaping torturous enslavement, she sets her sights on ending the human trafficking that is flourishing. Adopted by the leader of the pirate nation of Bosch, Wallace is determined to prove herself as a valuable member of the Bosch Pirate Force and use her new skills to avenge her enslavement and free other thralls. But unexpected love and the ultimate test of loyalty threaten to rob her of what she wants most: a home.

“Schuler Books is honored to host and promote Michigan authors,” said Alana Haley, marketing coordinator at Schuler Books. “There’s nothing like hearing an author speak about their book in person to get people excited about reading it!”

Branson lived in Big Rapids and Petoskey for nearly 20 years, working as a writing tutor, certified midwife nurse midwife and teacher in Michigan while raising a family. She first started conjuring stories of pirates at the age of 7 when her family hopped a freighter to Australia.

After leaving Michigan, she spent six years teaching science and history to middle and high school students in Brazil and Japan before returning to the States, this time in Connecticut, where she recently ended a successful career as a midwife to write full time.

Through her travels and myriad experiences, Branson has developed a deep appreciation for people’s strength and endurance. She draws on her past and her imagination while creating stories about strong women and men finding adventure and love, carving out paths in worlds that are constantly changing.

The first in the Pirates of New Earth series, “A Merry Life” was published by Sooner Started Press in April. The second book in the series, “Navigating the Storm,” is due out in July 2022.